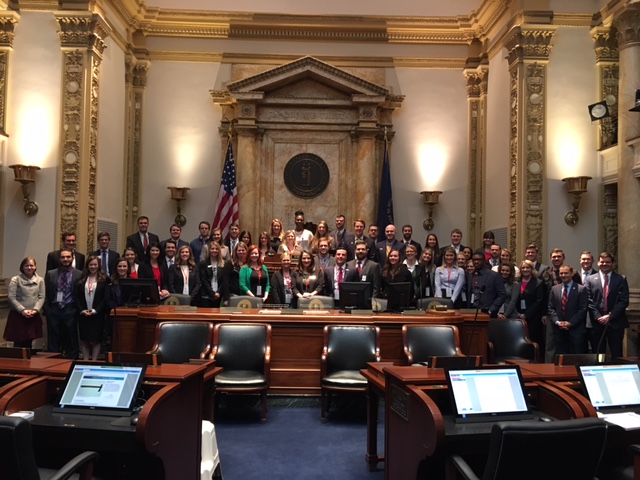 Sarah here.  This is going to be a really long one, so get ready!

On February 4, Holly Hampton (Coldwell Banker MetroNet Realtors), Adam Smith (Hopkinsville Police Department) and I (Williams Advertising & Chair of the HYPE Board), represented the Hopkinsville young professionals in Frankfort for YP Day at the Capitol.

Allison Ball, our Kentucky State Treasurer, kicked off the day.  At 34, Allison Ball is the youngest female elected statewide in the country.  She’s the third youngest person in the nation for the very same.  She gave the young professional group great advice, with the following takeaways:

One of the big takeaways from her closing was that you don’t have to wait.  Don’t wait until you’re a certain age, after you have grown kids, when you have money in the bank.  Don’t feel that you need to be personally asked to do something.  We should now consider ourselves asked, according to her.  Now I’m passing that same sentiment on to our Hopkinsville YPs!  And side note, we had a good long car ride on the way to Frankfort during which Holly, Adam and I discussed our ideas for growth and business in Hopkinsville.  It was like Treasurer Ball was speaking directly to us…and we’re energized!

I’m writing in detail on her kickoff because she summed up so well key points very pertinent to young professionals.  The remainder of the day we heard from many other great speakers about their personal paths, their role in Frankfort, and we had the opportunity for Q&A with each.  You would never read it if I blogged about everything we learned, there’s just too much, but a few more takeaways from the day:

We had a wonderful lunch at the Kentucky Chamber of Commerce where we learned more about the initiatives of the Chamber, and what they’re doing to connect and discuss issues.  Hood Harris, Kentucky President for AT&T, the sponsor of the day, told us about his path and spoke about stepping up now in to leadership roles so that it’s that much easier later.  An interactive discussion followed on AT&T’s initiatives. 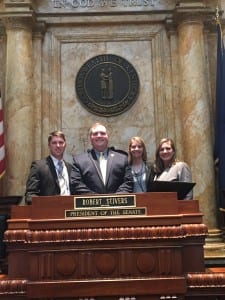 In the afternoon, the three of us from Hopkinsville were able to join Senator Whitney Westerfield on the Senate floor, and Representative Myron Dossett on the House floor.  Agricultural Commissioner Ryan Quarles spoke in closing.  He is the youngest statewide elected official in the nation.  He spoke about his office, the importance of Kentucky Proud and agricultural education.  He spoke about international trade and the work being done at the federal level that could, if passed, boost Kentucky’s agricultural exporting opportunities.  He also wants to tackle illogical federal regulations and the hunger epidemic in our state.  The soon-to-be-open Hopkinsville Brewing Company will be happy to know he feels we’re not doing enough for our makers of Kentucky craft beer!  And the crops behind the spirit Kentucky is known for?  While 95% of bourbon is from Kentucky, only 40% of the wheat that goes in to Kentucky bourbon is from Kentucky.  How can young professionals get involved in supporting ag?  He suggested to get involved with your local Farmer’s Market, and get to know your local government.

This is so much information!  These are really my own takeaways and interpretations of the day.  I encourage my fellow HYPE members to talk with Adam & Holly too.  Everyone comes away with so much good information from days like these.  We had a great, busy day that ended with a nice tour and reception at Buffalo Trace Distillery.

The theme of the day was definitely to step it up, YPs.  We have the power, our voices matter and we can affect change, we just have to get out and do it.  I could not have asked for a more perfect event to kick off our 2016 focus on our Hopkinsville young professionals, and I can’t wait to help bring some of these things to our group.

For more information about getting involved with Hopkinsville Young Professionals Engage, visit the Chamber website or our Facebook page. 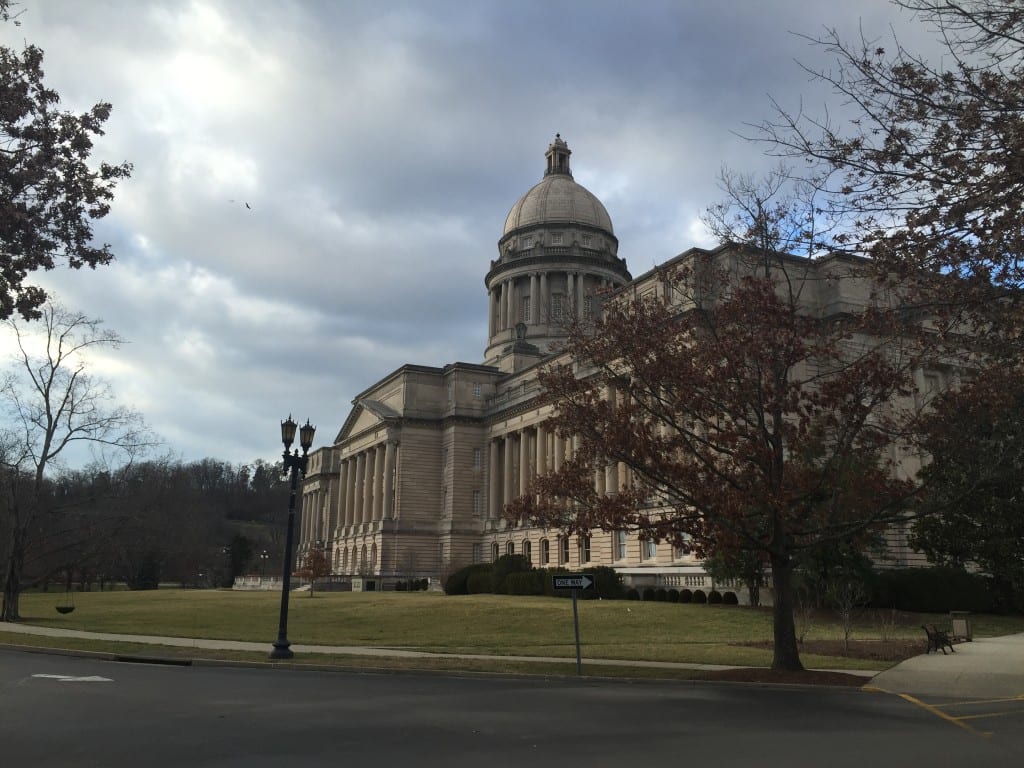